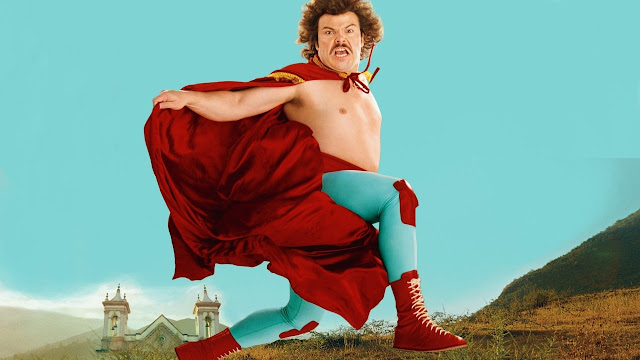 Jack Black isn't known for being involved in superhero movies, but he's said that he would happily allow one of his most famous characters to be part of a Marvel film.

In a recent interview, he joked that his character Nacho Libre - from the 2006 comedy of the same name - would fit in well as part of the Avengers.

Speaking to comicbook.com about the likelihood of him joining the Marvel Cinematic Universe (MCU), Black said: "I don't have any plans. I mean, I feel like Nacho Libre was kind of a superhero. He wore a costume and fought crime and was a hero of sorts. So, I guess I've already scratched that itch, as it were.

"Unless they want to, ya know, add Nacho to the MCU, you never know. I think he'd be an awesome addition to the Avengers team."

Are you listening, Kevin Feige?

If you can't remember Nacho Libre, let me remind you. It was made by Jared and Jerusha Hess - the team responsible for 2004's offbeat comedy Napoleon Dynamite - and stars Black as a cook in a Mexican monastery, who dreams of becoming a wrestler.

Following a tussle with a thief, he hits on the idea of disguising himself to work as a Lucha Libre wrestler by night, so that he can raise money for the orphans who also live in the monastery. You can probably guess the rest - basically, hilarity ensues.

Nacho Libre certainly wasn't a massive blockbuster by any stretch of the imagination, but it developed a bit of a cult following, and those that did like it REALLY liked it.

The film only has a 40% rating on Rotten Tomatoes, with the Critics Consensus reading: "At times hilarious, but other times offensive, Director Jared Hess is unable to recapture the collective charisma of his Napoleon characters, instead of relying on a one-joke concept that runs out of steam. Sure to entertain the adolescents, however."