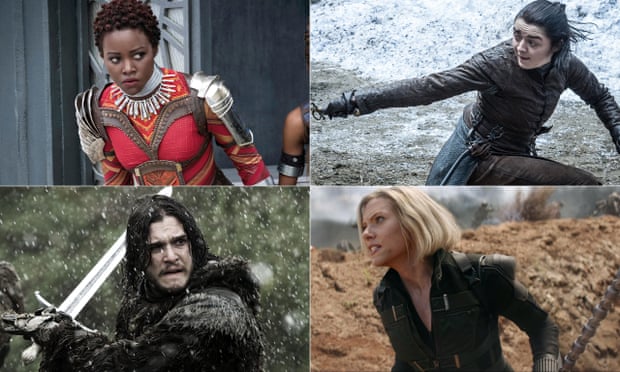 Both Thanos and the Night King are fully iconic, thanks in part to their iconic gestures. Thanos has his finger snap and the Night King has his slow arm raise. So who wins? Well, Thanos can kill half of everyone in the universe in one go, and the Night King can bring the dead back to life. Ask yourself this – do you wish there were more people in the world or less? Exactly. Avengers wins

When Infinity War was released, someone snuck into a cinema and made an audio recording of the audience’s reaction, which went from triumphant whooping to haunted silence in a finger click. It’s fun, but it has nothing on the dozens and dozens of videos posted online when the Red Wedding scene aired. There’s a full 35-minute compilation video of different people screaming and crying at it, which has to tip things in Game of Thrones’ favor. Game of Thrones wins

Both Game of Thrones and Avengers: Endgame has been careful to set up otherworldly devices that are likely to rescue their heroes from the clutches of almost certain doom. The Avengers have the Quantum Realm; a subatomic dimension where the limits of time and space fade away to nothing. Meanwhile Game of Thrones has Bran Stark, a boy with prophetic visions and the ability to physically inhabit other people and things. I still feel bad for Bran falling out of the window, so Game of Thrones wins

Who’d Win in An Actual Fight?

Are you kidding? This is a walkover. The Avengers include an unstoppable green monster, a woman who absorbed an explosion and now has unlimited powers, and a literal Norse god. Meanwhile Game of Thrones has Littlefinger, a man who was named after his stupid little fingers. Avengers wins


Previous12
This Newest This Older
Subscribe to: Posts (Atom)